FOX
Added to the database on March 6, 2012
Rate
(22 votes)
Cast & Characters | Broadcast History | Theme Song | DVDs | Watch Episodes | Photos | Trivia | Comments
21 Jump Street is an American police procedural crime drama television series that aired on the Fox Network and in first run syndication from 1987, to 1991, with a total of 103 episodes. The series focused on a squad of youthful-looking undercover police officers investigating crimes in high schools, colleges, and other teenage venues.
This teen-oriented police series focused on four youthful officers who were members of a special unit of the Los Angeles Police Department that fought crime in the schools. Hanson, Penhall, Hoffs, and Ioki could pass as students, and went undercover every week in local high schools to deal with drug trafficking, extortion, school gangs, teenage prostitution, murders, and other "typical" teenage problems. The building in which the special unit was based was an abandoned chapel at 21 Jump Street, hence the show's title. Captain Jenko, an eccentric non-conformist, was the original supervisor of the group. He was killed by a drunk hit-and-run driver and was replaced by Adam Fuller, who preferred to do things by the book. 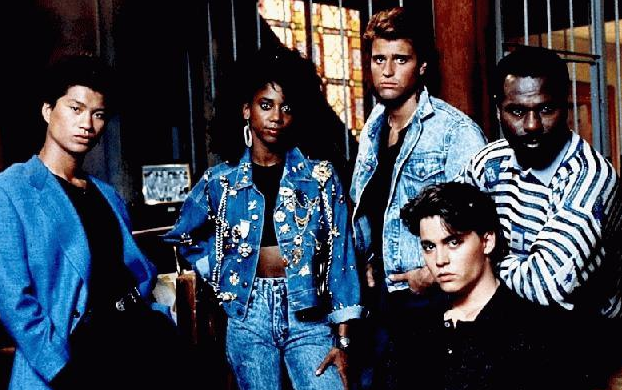 The Dennis Booker character was going to be killed off at the end of the third season. When he proved to be extremely popular with audiences, the Fox Network not only kept Richard Grieco's role alive, they also gave him his own spin-off series titled, "Booker"!

21 Jump Street was broadcast on all FOX Network stations at the same time for only its first four seasons. For its fifth season, each individual station decided if and when to run the show. The airdates listed below are the dates that most stations aired it.

It's almost impossible to believe how amazing Johnny Depp's career has bloomed since the end of 21 Jump Street. At the time this is being written (summer 2009) Johnny has 19 projects in one stage of development or another including remakes of "Alice in Wonderland", "Dark Shadows", "Happy Days", "The Incredible Mr. Limpet", and "The Lone Ranger"!. And don't worry! There's a "Pirates of the Caribbean 4" in the works too! The guy is a working dynamo!

Buy China Wholesale Satellite & Cable TV from Chinese Wholesalers on DHgate.com.
Expert term paper writing service: https://123termpapers.com/ - term paper writers.
If you need to get your homework done overnight use Homework Help Desk writing service and never worry about your academic assignments anymore.
Do you need someone to write your essays? Pay experts at Write My Paper Hub to have your papers done online.